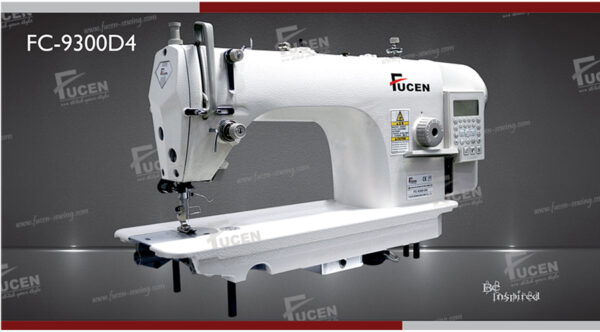 Features:Energy-saving techniques Power consumption is substantially decreased.
The latest compact-size servomotor has been adopted.
The FC-9300D4 has adopted the latest compact-size servomotor as its driving source. This latest compact-size servomotor is an energy-saving, highly efficient motor which is able to run under a high torque and has a broader range of speed. In addition, the servomotor is installed with a direct-drive system to transmit the motor power directly to the sewing machine, thereby achieving improved power-consumption saving, quicker response, quicker start-up, increased accuracy of the stop position and stronger material penetrating force of the needle.
The FC-9300D4 trims thread at least two times faster than the conventional thread trimmer
thanks to the improved thread-trimmer driving mechanism. This improves the responsiveness of the sewing machine during changeovers between sewing and thread trimming operations. The length of time elapsing from thread trimming at the end of sewing to the start of a subsequent operation can be shortened, thereby improving operator rhythm.
Thread trimming mechanism Thread trimming speed has been doubled or more that of the conventional model.
Analysis of operator work has revealed that the working rhythm substantially affects the productivity. Based on the aforementioned fact, FUCEN focused on the thread trimming speed. By maximizing the thread trimming speed, the operating rhythm can be improved. 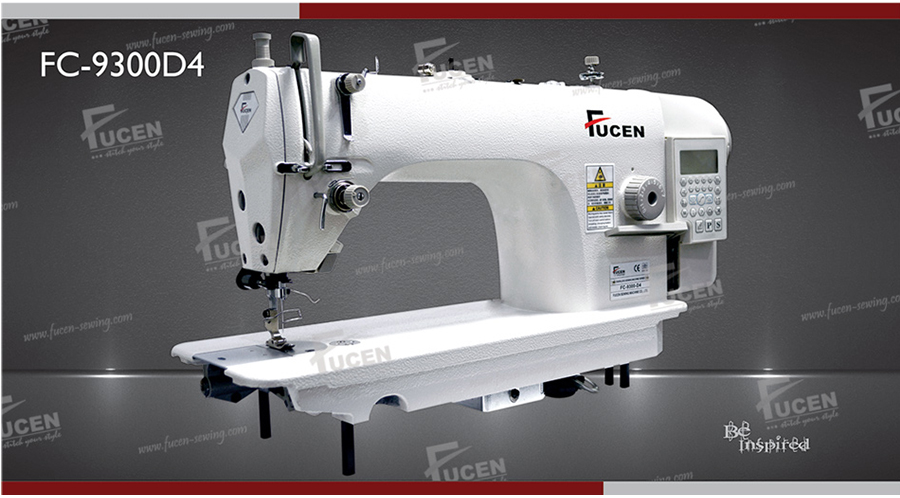