Highly Reliable Electrical Equipment: Fucen developed direct drive motor and control box maximize the sewing performance. Since the electrical reliability has been increased the sewing machine can be used even in areas where the power situation is unstable. Built-in Operation Panel: The FT-02+ incorporates a user-friendly operation panel on the machine head. In addition to often-used start backtack and end backtack, other useful functions such as program sewing and lower thread counter are also supported. Comfortable Sewing: With a drive system, the motor power reaches max, sewing speed quickly, contributing productivity enhancement.The control box is integrated with an oil pan under the machine body providing ample space behind the head. Installation with machine head is also easy thanks to separated machine head and control box. Great Needle Penetration Force: Powerful motor outputs large amounts of torque even at slow speeds so that strong needle penetration force can be obtained. If the needle penetration resistance increases, vibration control (intermittent impact) automatically increases penetration force. Needle Breakage Prevention Function: When reverse stitching is carried out with the actuator switch, needle breakage may occur. With through analysis of its cause, the function preventing the needle breakage has been introduced. Led Handy Light Equipped as Standard: LED handy light is equipped as standard which integrated with the actuator switch.The brightness can be adjusted on the operation panel. High Energy Saving: FT-02+ realized industry’s top-level high energy saving. The power consumption of the machine is approximately 50% less than that withV-belt driven system. 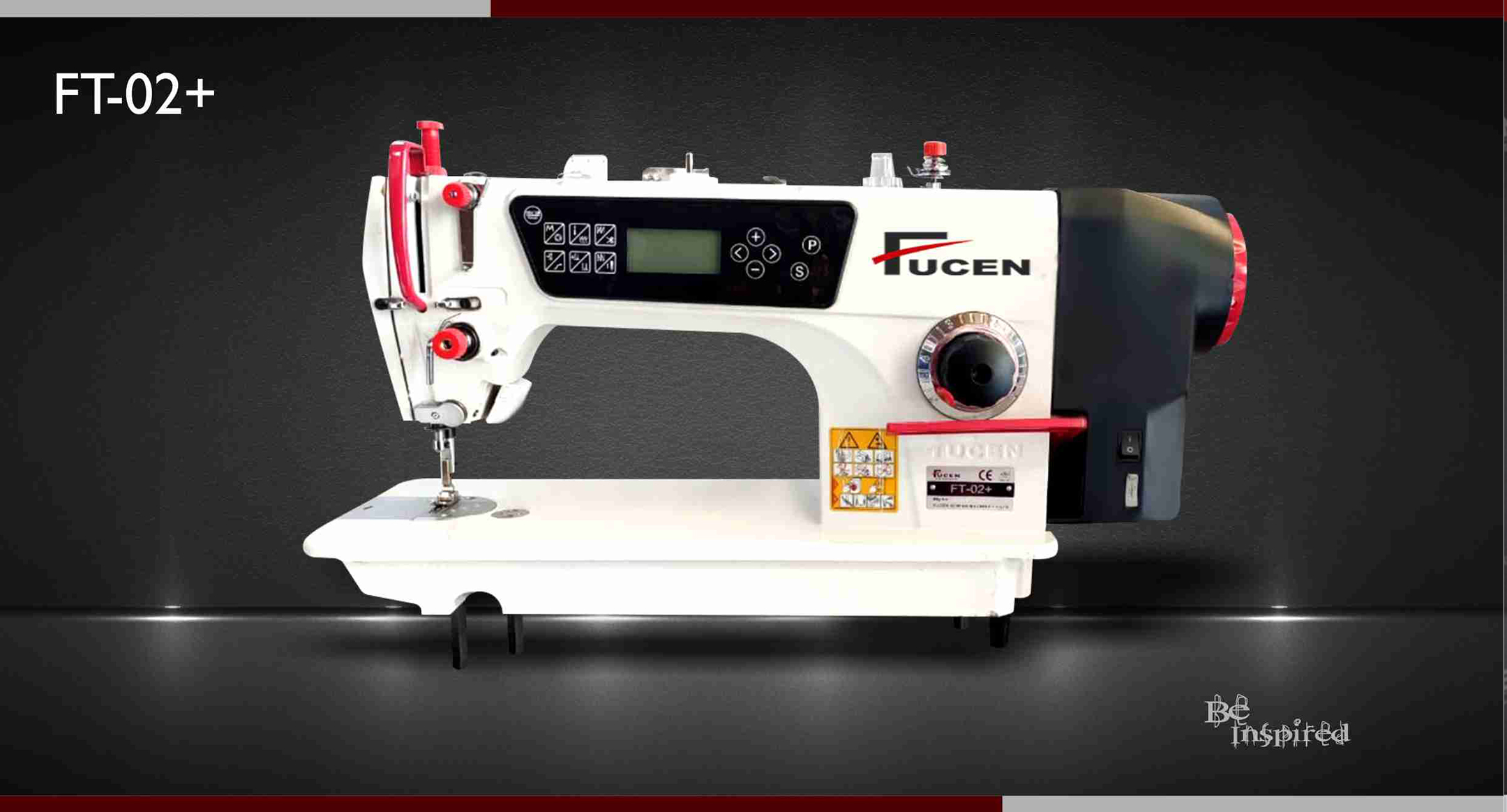