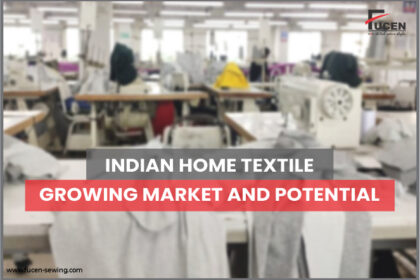 The Indian home textiles market is always seen as topsy-turvy. Unorganized market actors make up about 85% to 90% of the market.

The Indian home textiles industry’s unorganized nature presents a big opportunity for organized and e-commerce enterprises to gain a significant market share. Because of the increased convenience, a wide range of choices, and ease of shopping, online retail of home textiles is catching up at a rapid pace.

This new way of shopping for home textiles products is more appealing to a lot of customers not only in metro cities but also in smaller Tier-2 and Tier 3 cities. E-commerce sites have provided a platform to showcase raw materials, fibers, and showcased branded industrial sewing machines as per your requirements.

India’s role as a garment exporter

The textile and clothing industry in India is not only one of the country’s oldest, but also one of the largest in terms of output, employment, and foreign exchange profits via export. While India is the world’s second-largest manufacturer of textiles and apparel, it also employs over 45 million people directly, making it India’s second-largest employer after agriculture. The garment sector also relies on quality tailoring tools [commercial sewing machines] as the operators need to work for longer hours to meet the demands of the clients.

Overall, the export value of readymade garments, wool and woolen textiles, silk, carpets, handicrafts, and coir and coir products has increased. Indeed, if industry analysts are to be believed, Indian textile and apparel exports would reach a value of roughly $62 billion by 2021, up from $38 billion today. India’s textiles and apparel are currently sold mostly in the United States and Europe, with South America, Russia, and Iran emerging as new markets for the industry.

India has risen to prominence in global trade in recent years by successfully using its enormous human resource pool, large-scale infrastructure, and low manufacturing costs. While China has been the clear leader, India has also shown strong development amid global uncertainty and sluggish demand. 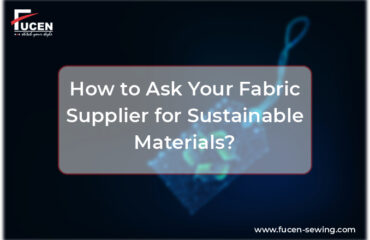 How to Ask Your Fabric Supplier for Sustainable Materials?