What are the Advantages of Industrial Sewing Machines With Servo Motors? 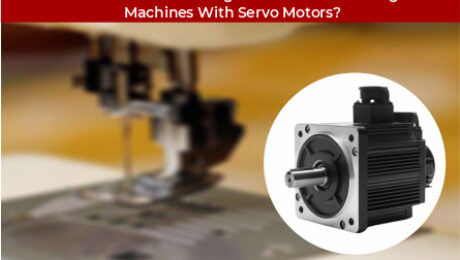 Stepper motors don’t need to be fine-tuned to work at their best. Furthermore, utilizing stepper motors, scaling and motion commands are often quick and straightforward to execute for industrial sewing machines.

Instrument designers are looking for alternatives to stepper motors due to macro developments in industrial automation. The urge to increase throughput is the most pressing of them all. One of the simplest ways to cut the cost of a test is to lower the time it takes to run it. Another key cost-cutting strategy is to reduce the size of your footprint.

Buyers of modern instruments are also looking for things that are becoming more intelligent and aware. “Determinism” is a popular feature that allows the instrument to keep track of not only all positions, but also the state of motor operating factors including temperature and different fault circumstances.

Here are some reasons why servo motors are a popular choice

Servo motors are less noisy than manual ones – It is the major selling point of the servo motors. The manual ones used to make a lot of noise while operating but the servo motors on the other hand. Servo motors use feedback devices that use encoders to detect and fix errors in a system to fulfill a mechanism’s desired performance. If the machine is operated for a long time, the servo motor runs without vibration or noise, which helps to reduce operator fatigue.

Less energy usage – Servo motors are not only gentle on your ears, but they are also kind on your electricity bill. These motors consume approximately 70% less energy than clutch motors. For machinists who have their machines operating for long periods, it is a huge impact on electricity consumption. Less energy consumption equates to lower energy bills.

Servo motors are more compact and lightweight than clutch motors – You may need to relocate your industrial sewing machine to a different room or location for a variety of reasons. If your machine has a clutch motor, this chore becomes much more difficult because you’ll have to carry an additional 25- 30 kg with it. Servo motors are rather light in comparison, weighing between 5 and 10 kg. This provides you a little more leeway when it comes to moving your machine about.

The Impact of the Pandemic on the Fashion Industry 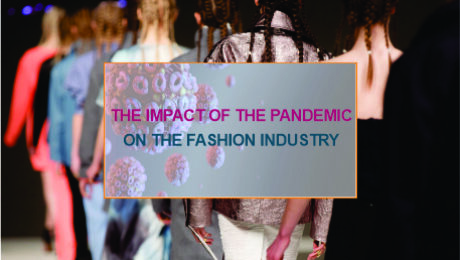 It has been observed that the COVID-19 pandemic has swept through the globe since November 2019 and variants like Delta and Omicron. Service-based industries generally focused on Work from Home and School, colleges operated online.

Apart from these, the fashion industry has also seen many changes at the time of pandemics. E-commerce platforms encouraged customers to shop online. Small brand names had a tough time in the pandemic, and production demand was less. Still, the sewing industry is trying to churn out profit and progress to future designs. Let’s see what is the post-pandemic scenario

When most of the countries were going through quarantine measures and lockdown to stop the spread of COVID-19, the academics opted for online teaching modules. But, fashion education is a field where practical and hands-on learning is a must.

Now students are also using old garments or recycling them for future assignments. These can be seen as some positive effects at the time of the pandemic. Students now have to think out of the box to produce products that are sustainable and are cost-friendly.

The pandemic situation brought restrictions to social gatherings and large crowds. Physical shows were canceled all across the globe. But still, the event managers and fashion designers were able to create buzz among the buyers with the help of advertorials, YouTube, and social media. It protected the brand’s name and image.

The pandemic has pushed the fashion industry to think alternatively and also taught us to be more creative. The industry is progressing daily and designers have now started promotion over social media of their designs.

These machines are good to go and are available at cost-friendly prices. The machines have supported a small range of garment and upholstery businesses.

Even with financial deformity during the pandemic period, there will be more demand for refurbished industrial sewing machines for small garment merchants.

The fashion industry is slowly progressing to growth and employees are coming back to their units to resume work. Businesses now need to demonstrate more commitment to their clients if they want to create an appeal in the market. 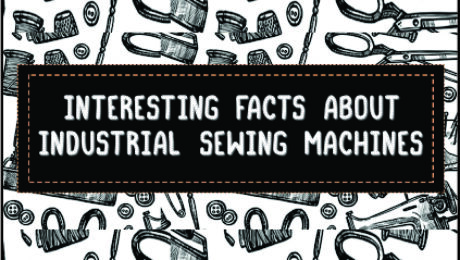 The art of sewing is a matter of interest and profit sourcing too. Commercial grade sewing machines are tools that use fabric and thread under human guidance to sew garments and to be used for upholstery. If you have curiosity regarding industrial sewing machines then here are some facts that will keep you engaged.

There is a timeline associated with industrial sewing machines. Sewing machines have been around since the 1800s. The first patent for the sewing machine was given to Thomas Saint, an English man in 1790.

Isaac Singer and Elias Howe from the United States brought innovative designs in the 1840s and 1850s. The production of sewing machines began in the 1850s and they are commercially used. Isaac Singer started as an actor and a mechanic also invented other things before developing the sewing machine.

Sewing machines are primarily used to work on clothes. These machines can also be used for other items such as leather, seat covers, etc. Sewing machines generally include needles, foot pedals, pressers, bobbin winders, feed dogs, etc. They can sew various stitches such as basic stitch, straight stitch, and zigzag stitch. The stitch depends on the type of fabric used by the manufacturing unit.

Sewing machines improved the social lives of women. They would join as sewing experts and brought numerous items in bulk. It also worked as an all-women get-together area and increased their social livelihood. The sewing circles started in the 1860s and early 1900s as more and more homes consisted of sewing machines. Before machines, people had to sew with their hands. Earlier, sewing needles were not even made from steel or other metals. They were made from bone or ivory.

Sewing machines instantly replaced the traditional hand sewing as it was time-consuming. Industrial sewing machines brought significant changes to the garment as well as upholstery industry.

To celebrate the joys of sewing globally, National Sewing Month was established in 1982 by US President Ronald Reagan. This was created to honor and promote the art of sewing in America and beyond. With time, sewing machines also evolved, and in the 20th century, there are more than 4000 models available in the market. 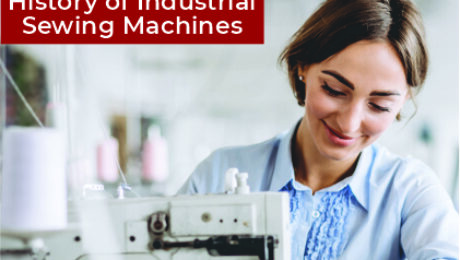